Are Mark Zuckerberg, Elon Musk or Jeff Bezos entrepreneurs or enterpriser? There seems to be a small but subtle difference between the two terms, although the French word translates as entrepreneur according to the dictionary. But entrepreneur is not a 100 per cent synonym for enterpriser, and entrepreneurship is not the same as entreprise. So what makes the difference? Time to look at economic theories and a term that has become very overused.

Doers at their own risk

In the early 16th century, the “entrepreneur” was the maker and organiser of expeditions. In 1723, the “Dictionnaire Universel de Commerce”, the trade encyclopaedia, takes up the term and defines it as an independent trader or supplier of products. Seven years later, the Irish-French economist Richard Cantillon describes the entrepreneur as one of three economic actors who, in contrast to the materially independent landowner and the employee with a fixed income, engages in the exchange of market goods at his own risk. The funds to do so? Arise from these transactions.

Risk-taking and self-reliance are the focus of Anglo-Saxon theorists who deal with the role of the entrepreneur and thus distinguish him from the “enterpriser”, “businessman” or “contractor”. Possibly because English lacked a term for an independent entrepreneur until then, the term has since been firmly anchored in the British and American vocabulary: “The entrepreneur,” defines economist Frank Knight, “is a decision-maker in an uncertain environment. In this role, he ascertains the desires of consumers and secures the materials and services necessary to produce products or services with them.” In addition to personal responsibility, independence and a willingness to take risks, customer orientation is an important characteristic.

Discoverer and marketer of new things

It is not far from Knight to Josef Schumpeter, who, as an economist and social scientist, researches economic developments and even directs them for a short time as Austria’s finance minister, banker and lawyer. Schumpeter also devotes himself to entrepreneurship and, as a citizen of the world, writes in German and English. Incidentally, he makes no distinction between the terms. But he adds the much quoted innovative power and creative destruction to the characteristics of the entrepreneur: “The entrepreneur is an innovator,” Schumpeter writes, “who combines economic developments in a new way, that is, creates new goods, new production methods, new markets, new sources of raw materials or new forms of organisation.” In this context, however, the innovator is not an inventor, but this one who transfers the new into general use or in markets.

Schumpeter’s remarks about the innovative power of the entrepreneur were rediscovered in the 1990s at the latest – first in the USA, then in Europe and Germany. Driven by information technologies and the internet, a start-up boom rolled through the economy, existing processes for production, trade and also communication were renovated and digital business models emerged in almost all sectors. The image of the entrepreneur is changing dramatically: from the maker and marketer of inventions to the skilful user of new technologies, who reorganises supply and customer relationships, opens new communication channels and invents thus new services. 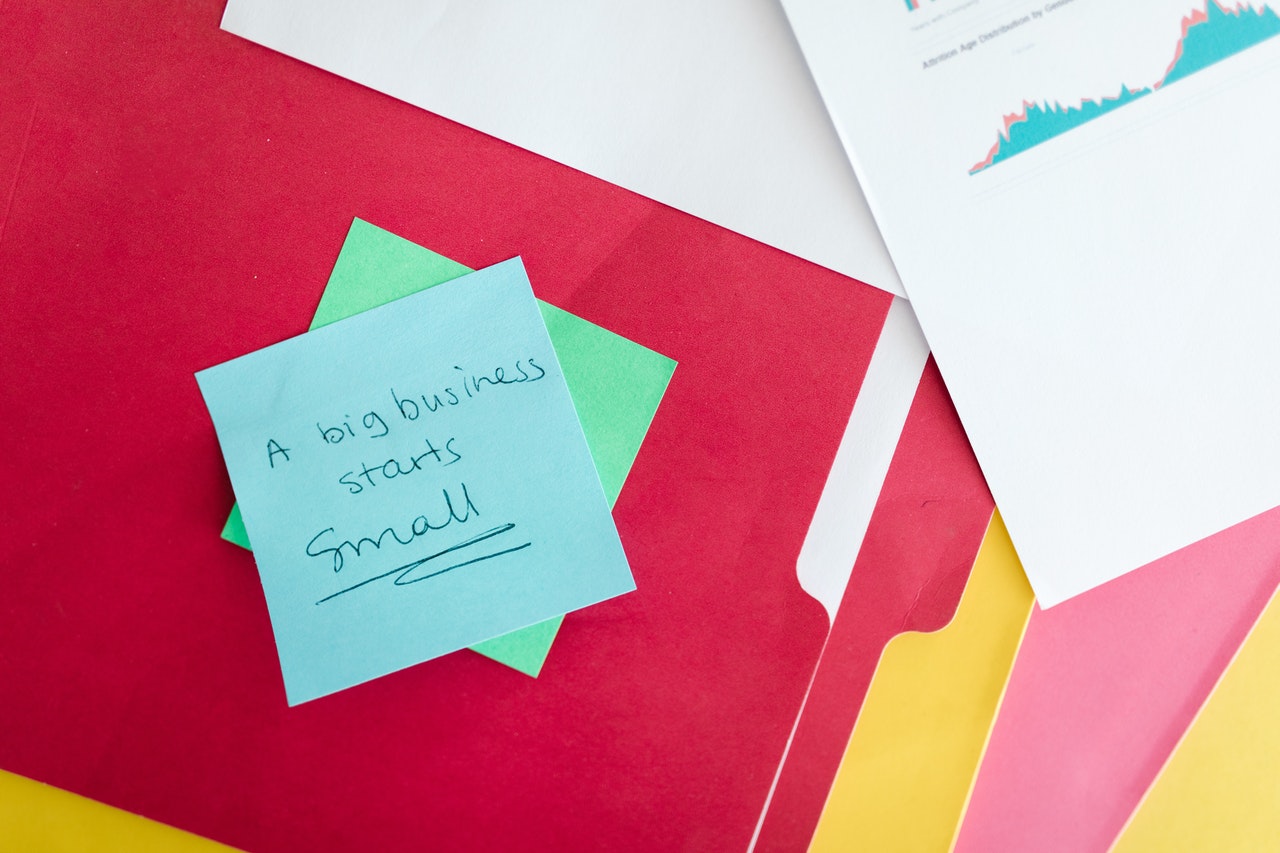 Founders with little money and expertise

So Jeff Bezos, one of the most successful internet founders, starts in 1994 with an online mail order business for books and media, builds Amazon into a marketplace for all kinds of products, and around this, over time, all kinds of services for companies, manufacturers and brands. Bezos’ vision is the elimination of trade from the value chain and the direct connection from producer to consumer. Like many internet founders, Bezos had studied electrical engineering and computer science, but had little idea of the book market or management. And – another characteristic of the new entrepreneurs – he did not bring a lot of money into his foundation. He financed the start of Amazon from savings and with the help of friends and family. The company grew and internationalised with the money of private investors, who initially took a big risk with their investments.

No funds of his own, little management experience and hardly any contacts in an industry: Bezos is an example of a new entrepreneurship that is electrifying more and more people around the world: Digital technologies and services or online marketplaces offer many opportunities for ever new ventures. Business ideas can be spread quickly and internationalised. And they are so cheap that the start-up costs are low. Etsy, eBay, MyHammer refine the marketplace economy, consumers become producers and suppliers. The prosumer is born – and founding becomes almost a national sport.

Entrepreneur with a mission

“My impression is that all people are born entrepreneurs. Everyone has the dispositions,” finally states poverty researcher and economics professor Muhammad Yunus from India. “But society does not make it possible to develop these talents. Many people don’t even know that they have these entrepreneurial skills.” Whereas in the past it was mainly people who had their own means or the best connections to financiers and banks who founded businesses, entrepreneurship is now being democratised and becoming a strategy for poverty reduction. Yunus uses microcredits to finance teams of founders, most of them women, because their profits also let grew families and children’s education. Yunus also promotes the development of new (cooperative) banks and financial structures in rural, unserved areas of India. Despite some misguided developments, the example is setting a precedent and is even reaching the poor quarters of rich industrialised countries.

“Our society needs founders. And not just a few, but as many as possible. A kind of people’s entrepreneurship”, demands economist and founder Günter Faltin in his 2008 book “Kopf schlägt Kapital”. If everyone can become an entrepreneur, entrepreneurial thinking now becomes a mind set and a matter of attitude. Alongside serial and parallel entrepreneurs, who start up several companies at once, there are young, senior or female founders – depending on age, life experience and gender. Social and eco-entrepreneurs formulate a mission and want to solve social and ecological problems economically. High-tech entrepreneurs, on the other hand, focus on the latest technologies, not only IT but also biotech, medtech, foodtech and others. Last but not least, intrapreneurs are becoming the most highly valued employees of entrepreneurs because they solve their tasks autonomously and with an entrepreneurial attitude. 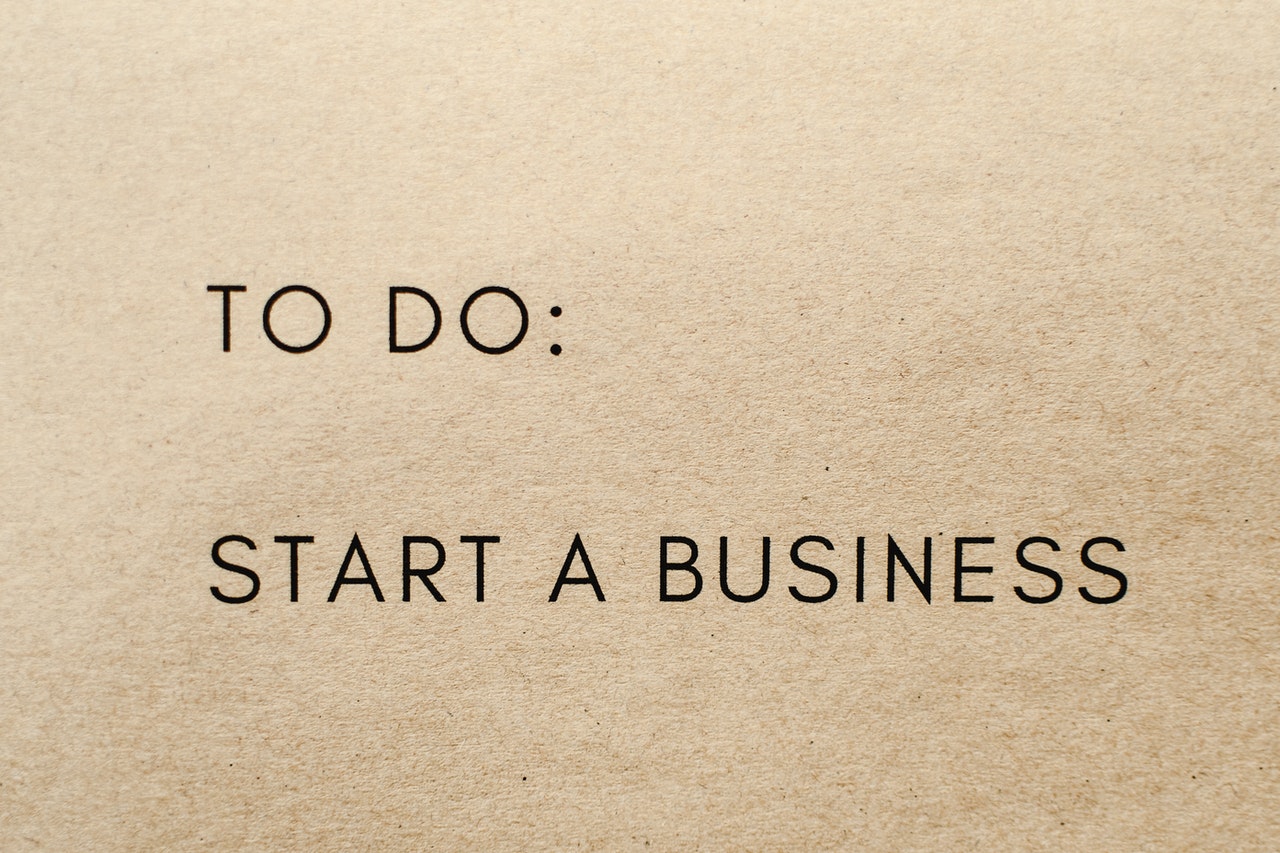 There’s now a small but subtle distinction between entreprisers and entrepreneurs, not only in Germany: Founders do not want to be enterprisers oder businessman. Businessman, enterprisers – that sounds like capitalism, patriarchy, tradition, old school, somehow negative. And not at all like the “disruptive business models” with which entrepreneurs break with habits and structures. Entrepreneurs want to be more innovative, more digital anyway, and that not only with their offers. They claim to solve social problems, deal with their employees in a supposedly more relaxed manner and on an equal footing, attach importance to customer proximity and direct customer communication, and bring more efficiency into relationships with suppliers and subcontractors. But this is where the image of the entrepreneur gets darker.

At second glance, some entrepreneurs do not live up to their high expectations: their ventures often support concentration and monopolisation, tend to create precarious, insecure labour relations, undermine existing laws and rules, promote inequality. Women, migrants, people of colour – groups who have always had to fight harder in their everyday working lives – also continue to be passed over, especially when it comes to financing business ideas. So who is an entrepreneur, who is an businessman? The line is blurred today. In the early years of Amazon, Jeff Bezos was appreciated for his proximity to customers, rapid growth and innovative strength, but today he is heavily criticised for the visible reverse of his actions. For similar reasons, the admiration for Mark Zuckerberg or Elon Musk turned into rejection. Entrepreneurship is a matter of attitude. And so, while every entrepreneur is a businessman oder enterpriser, not every enterpriser or businessman is an entrepreneur. 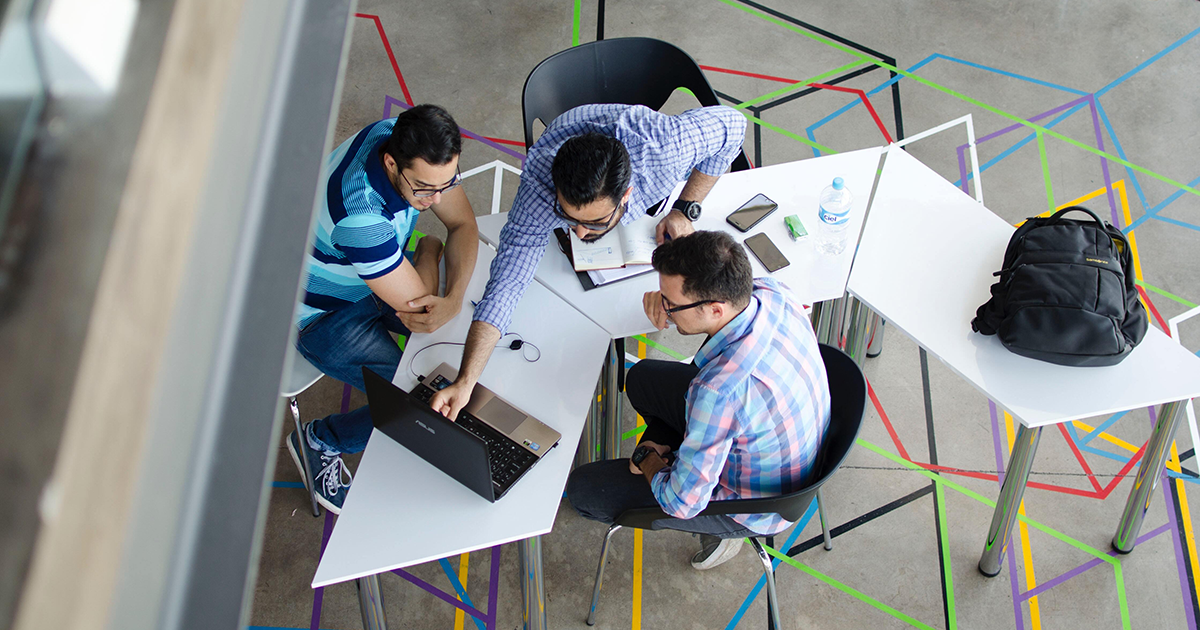 Do you know the legend of how Sir Isaac Newton started thinking about gravity? Supposedly he sat beneath an apple tree and when one of the fruits fell on his head, he had an idea. Although debunked as a myth, the understanding of how innovation works has changed less...

END_OF_DOCUMENT_TOKEN_TO_BE_REPLACED 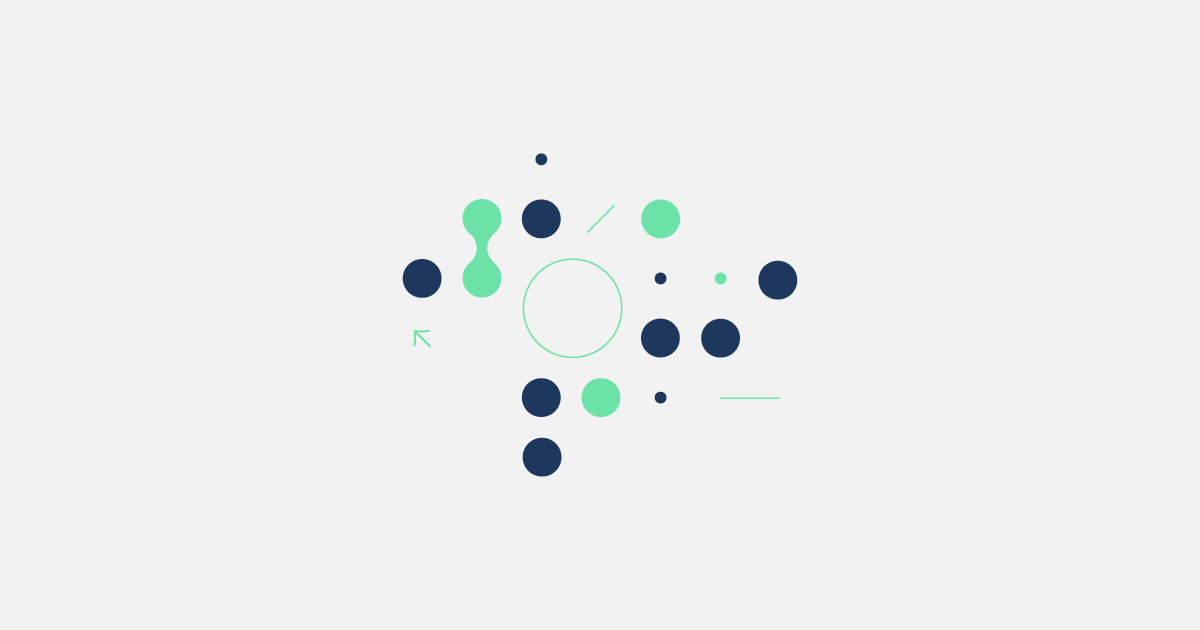 The exclusive pitch event Cashwalk powered by German Entrepreneurship is not just an event for startups. Investors see hand-picked companies presented by their founders and find new investment opportunities. After three-minute pitches by the entrepreneurs, startups...

END_OF_DOCUMENT_TOKEN_TO_BE_REPLACED 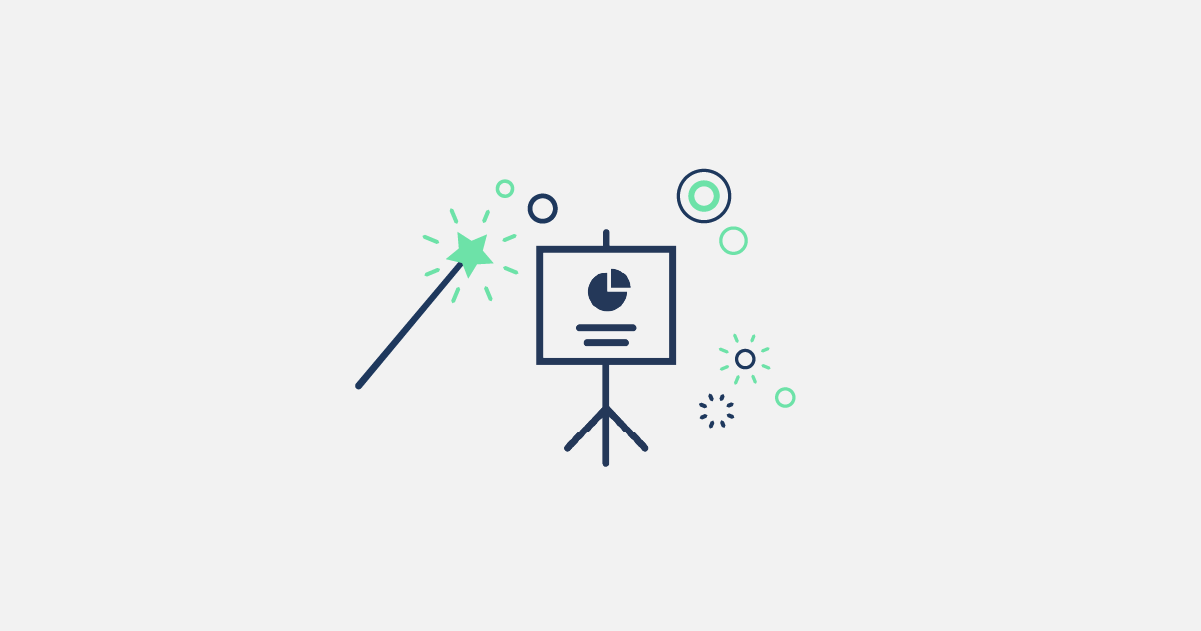 I’ve Got 99 Problems but Pitching Ain’t One

Ready, Set, Pitch! Cashwalk – an exclusive startup pitch event – is just around the corner. German Entrepreneurship shows you how to pitch and succeed.Download this free guide on giving your startup pitch an exemplary structure plus get tips and tricks from real-life...